Want to travel somewhere in the next year? Mark your calendar! The best day to score a flight deal, Travel Deal Tuesday, is returning November 27.

Hopper collects 10 to 15 billion airfare price quotes every day and has built a huge historical archive of trillions of prices from over the past several years. The company analyzed its historical flight pricing data and found that the Tuesday following Thanksgiving has consistently offered the most significant volume of fare sales that week.

A few of the best deals from last year included flights to: 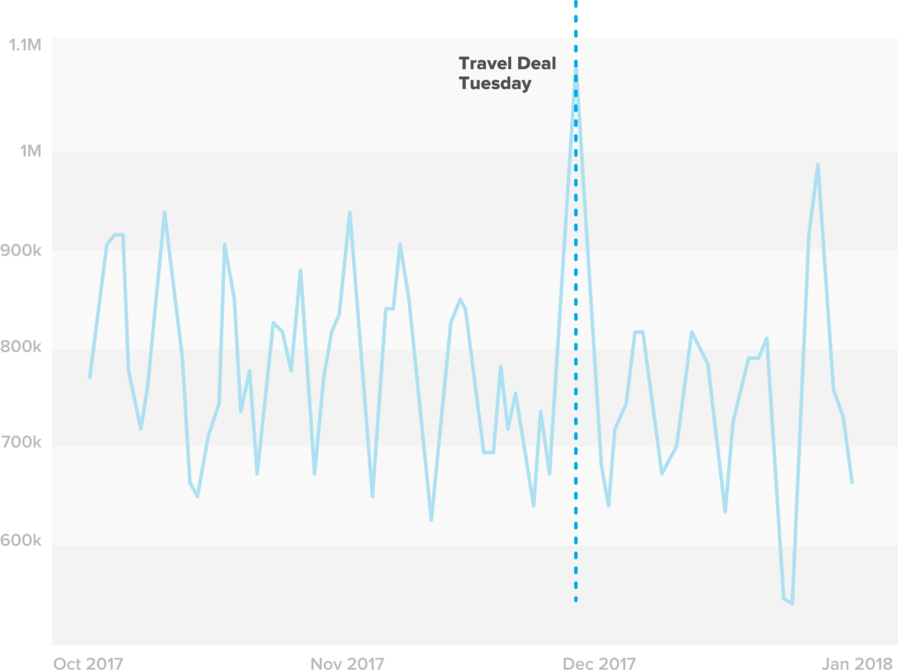 The Hopper app analyzes billions of daily flight prices and sends users a push notification when it detects a great deal. Last year on Travel Deal Tuesday, there was a surge in fare sale activity which resulted in Hopper sending 43% more deal notifications than average. In fact, it sent over 1 million deal notifications to users on that day alone. This year, we expect to see incredible deals to both domestic and international destinations, with savings up to 40% on bucket list locations like Sydney, Tokyo, and Paris.

The Best Ways to Shop on Travel Deal Tuesday

Airlines such as Icelandair, Cathay Pacific, South African Airways, and Philippine Airlines have already confirmed they'll be participating in Travel Deal Tuesday this year. Additional providers and routes will be announced leading up to the date.

If you're hoping to score a flight bargain, you can visit your favorite airline's website or download the Hopper app. If you're flexible, Hopper's search screen will feature a special Travel Deal Tuesday Deal Finder where you can browse all the deals and set up alerts for destinations or regions you're interested in.

Hopper detects fare sales and alerts users in real-time. Fare sale activity begins ramping up around 6:30 a.m. ET and peaks around 9:30 a.m. ET. However, the fare sales continue throughout the day, which is why the best strategy is to delegate tracking to a price monitoring tool like Hopper.

Hopper predicts future flight prices with 95% accuracy. Here some fare sales we're predicting will be available. These are US average deal prices, so make sure you set up a watch in the Hopper app to get alerted when prices to these destinations drop for your city. 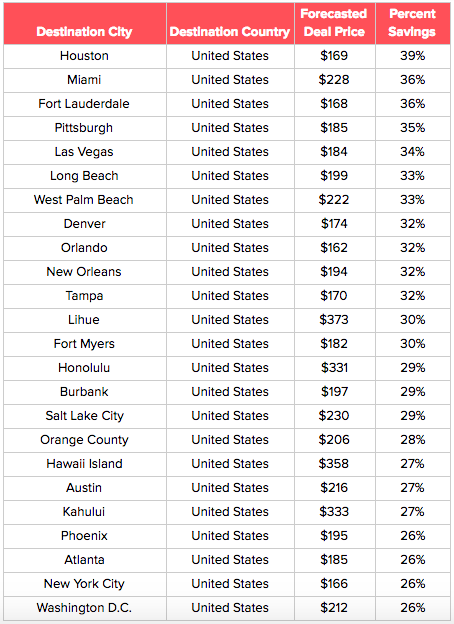 Predicted Domestic Deals from US origins 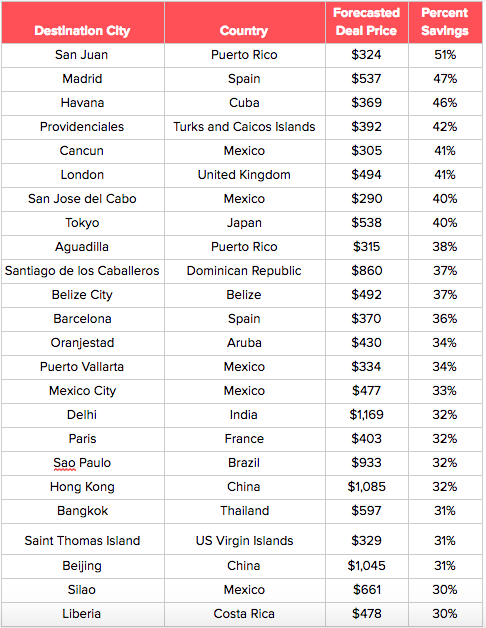 Predicted Domestic Deals from US origins

In addition to monitoring flight deals, Hopper is also celebrating Travel Deal Tuesday by giving away a dream flight to one lucky winner and a friend every Tuesday in November. To be considered for a chance to win, download the Hopper app and take a screenshot of a flight you want to take in the next year. Post it to your Instagram Story or Facebook and tag @hopper, the friend you want to go with you, and #traveldealtuesday. No purchase necessary. Read the terms here. You may just be one of the lucky winners!