From the mountain valleys of wild Chinese Sichuan and the digitized megacities of Asia through to the Middle East, to the cultured heart of central Europe and the wild jungled mountains of Filipino Luzon, it's fair to say that San Francisco's International Airport has destinations to sate the appetite of just about any traveler. Today it plays host to no fewer than 44 individual carriers and acts as a regional hub for both United Airlines and Virgin America, all helping it claim the title of the world's 22nd busiest airport.

But for travelers who really want to get away from it all, here are the 10 longest non-stop flights operating out of SFO. You literally cannot get any further away any faster than this. Enjoy!

Looking for cheap flights from San Francisco? Look no further than Hopper's mobile app, which can save you up to 40% on flights! 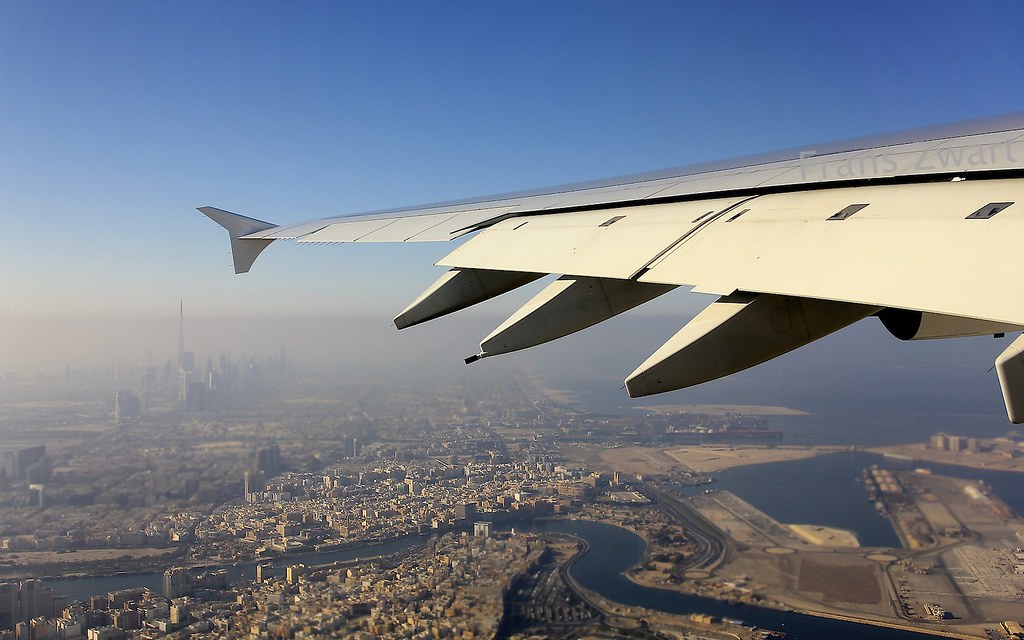 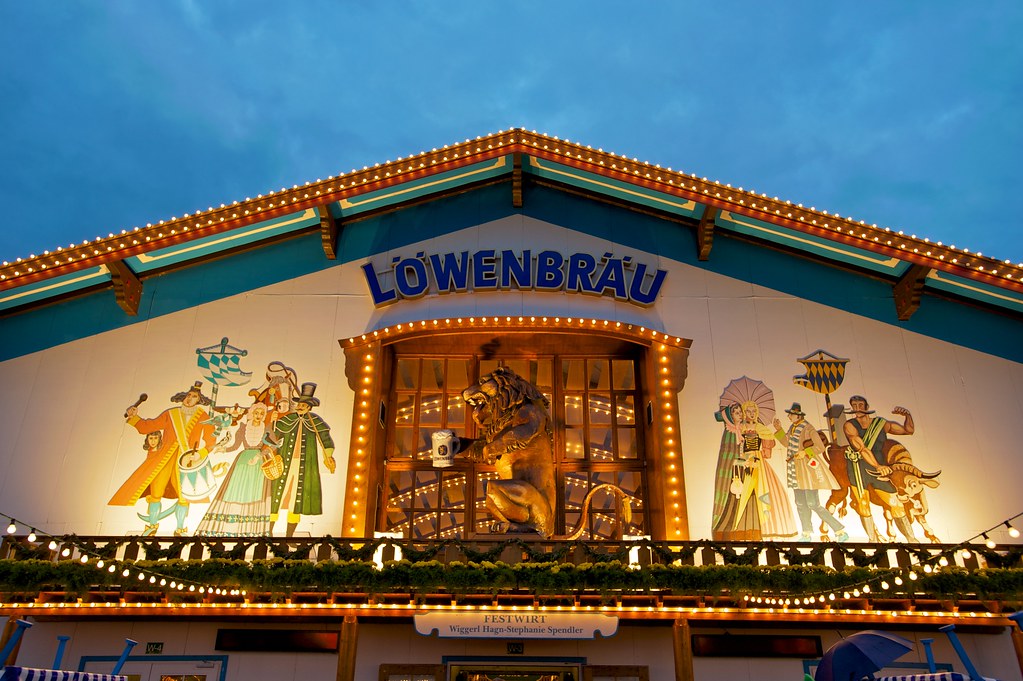 Ah Munich, Germany's proud and patriotic heartland; a city of bratwurst and baroque churches, lederhosen and drinking houses where frothy Bavarian beer flows endlessly from the taps. Why not head here for a spot of skiing in the Alpine mountains to the south in the winter? Or perhaps come for the fabled Oktoberfest (actually in September), when the world's largest drinking bout erupts all over the city? Whatever you're after, this nonstop connection with the German airline Lufthansa will have you there in no time (well, in 11 hours at least). 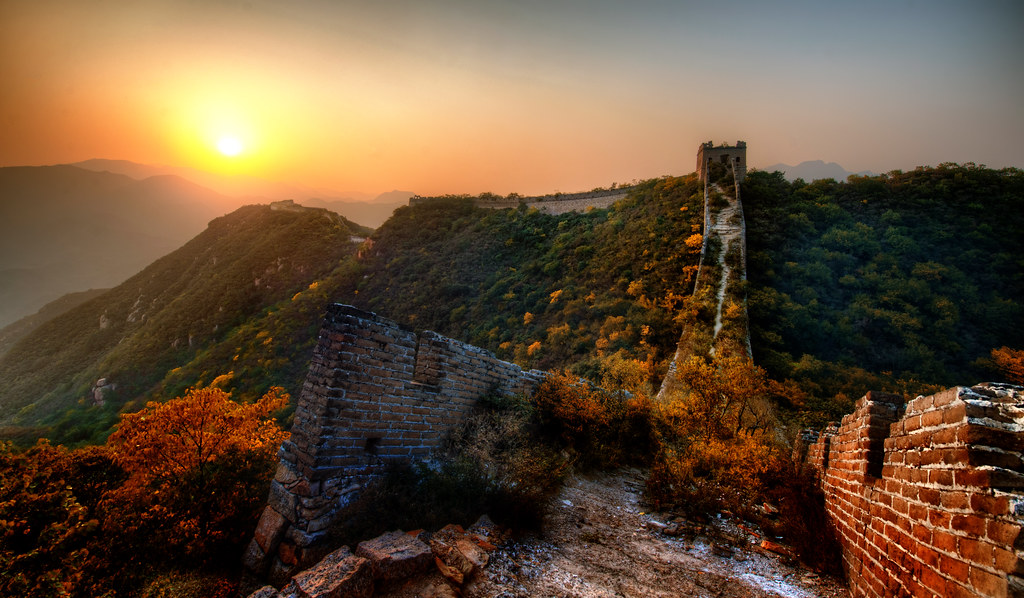 Photo by Stuck in Customs/Flickr.

Flying nonstop from San Francisco to Beijing affords travelers the opportunity to tick off that chart-topping bucket list item in one fell swoop, because just over one hour by train from the city, visitors will find the undulating remnants of The Great Wall of China — winding its way over the green hills of Jinshanling and Badaling like the oscillating tail of a Chinese dragon. The trip takes just 12 hours from start to finish and fliers can enjoy the culinary delights of Air China along the way (think seafood surprises and oriental curries to boot!). 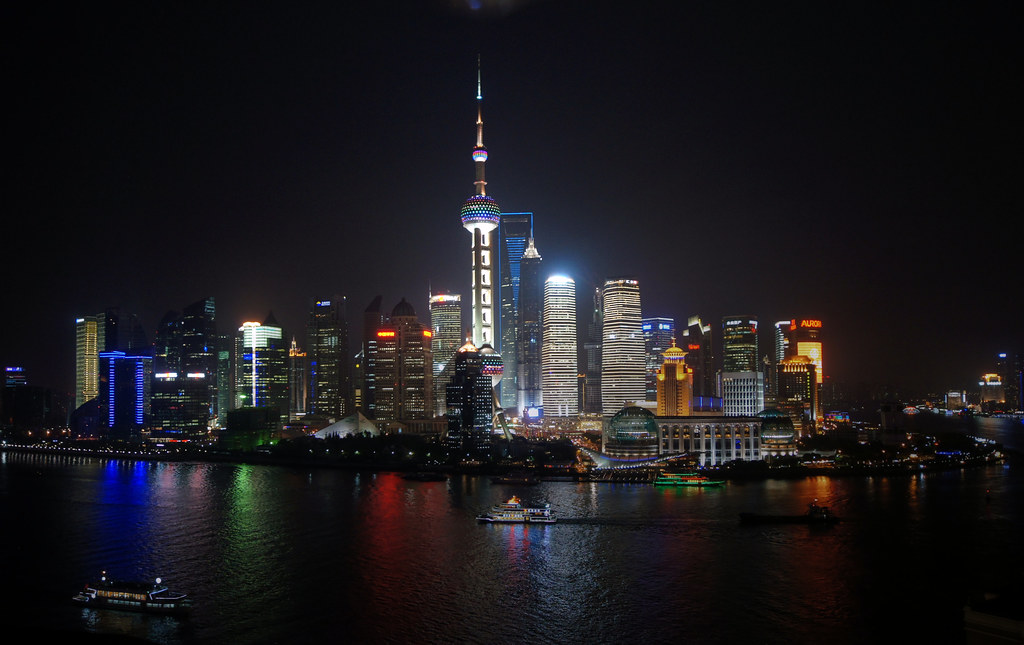 Forget the Tiger Leaping Gorge and the Great Wall, if you want to see the real China you have to go to Shanghai. As if plucked straight from the script pages of Blade Runner, this town's metallic high-rises glow with neon, criss-crossed by suspended highways and entwined in a web of steamy food-courts and hi-tech malls. It's everything you'd expect of the world's largest megalopolis. Crossing over from San Francisco has never been easier either, with China Eastern now running the 14.5-hour route regularly out of SFO.

A link between quirky, liberal San Fran and futuristic, mechanized Taipei may not seem like the most obvious choice for EVA Air, but it's proving popular, with daily connections now joining these two far-flung cities. In-flight passengers with EVA are treated to a three-tier cabin set up, ranging from top-of-the-range Laurel class, with its 180-degree recliners and private booths, to economy class, split between premium and regular, with the former enjoying extra legroom and wider seats. 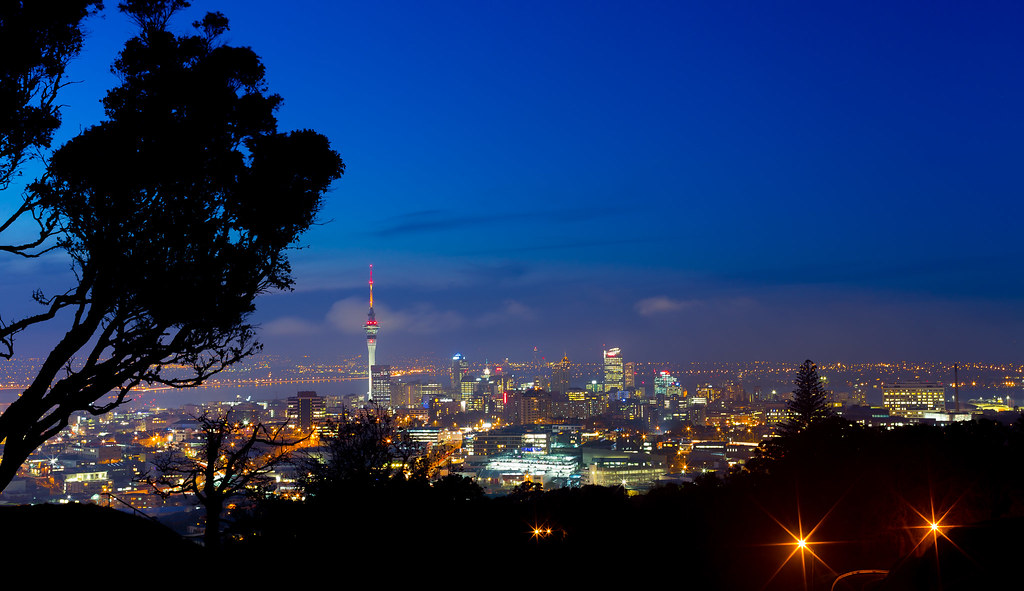 Adventure travelers assemble, because this nonstop flight to North Island's largest city drops passengers in one of the most outdoorsy destinations on the planet, where the soaring volcanic peaks are asking to be hiked, world-class surf swells batter the coasts, and the forests of the nearby Coromandel just can't be left unexplored. The route is run by the island nation's own Air New Zealand, who offer six separate tiers of cabin class, all complete with their own trademark AVOD entertainment systems. 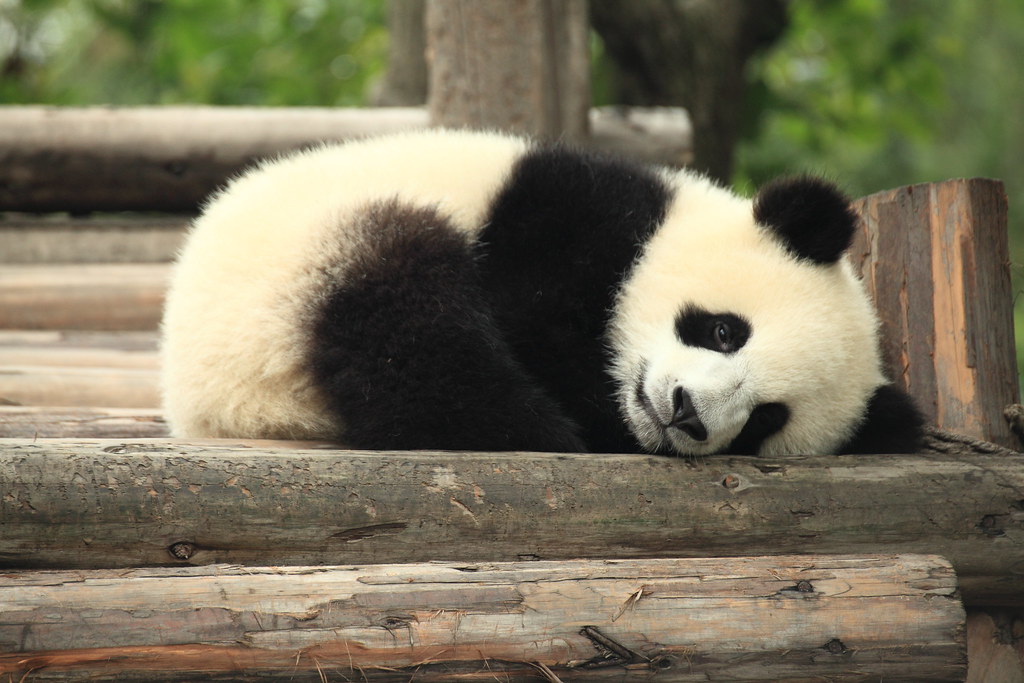 Surprising Chengdu now acts as the tourist's gateway to Sichuan, China's heart-stoppingly beautiful southwestern province, where visitors can explore the mysterious oriental temples of Mount Emei by morning and spy out the endangered Pandas of Wolong by afternoon. The city itself has plenty to offer too, with a lively center of promenades and parks laden with yew and gingko trees. If that sounds like your thing then this nonstop United flight out of San Francisco may be the perfect choice. It's set to operate three times a week, starts from June 2014 and uses the all-new Boeing 787. 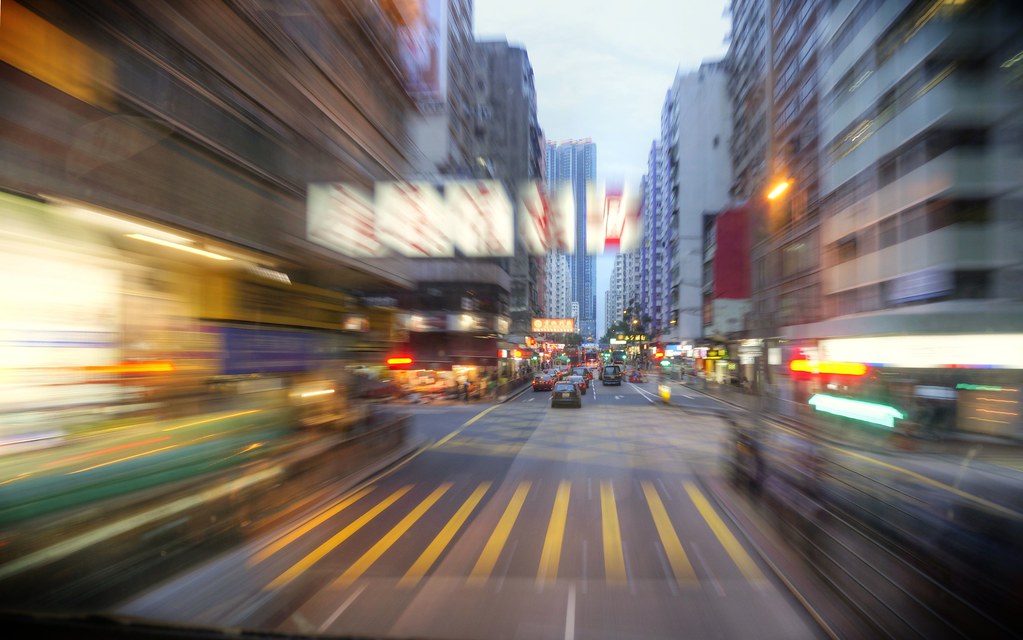 There's no question that Hong Kong is among the best-connected Asian cities for American travelers. It benefits from a whole host of international routes run largely by its home-grown Cathay Pacific airline, who are also responsible for this non-stop connection out of San Francisco. Travelers flying the route enjoy all the comforts of a four-tier cabin class, including the fully-reclining seats of first and the augmented legroom spots of the airline's all-new premium economy class. What's more, passengers who are unsure can now explore Cathay's cabins through their online virtual tour, to try before they buy. 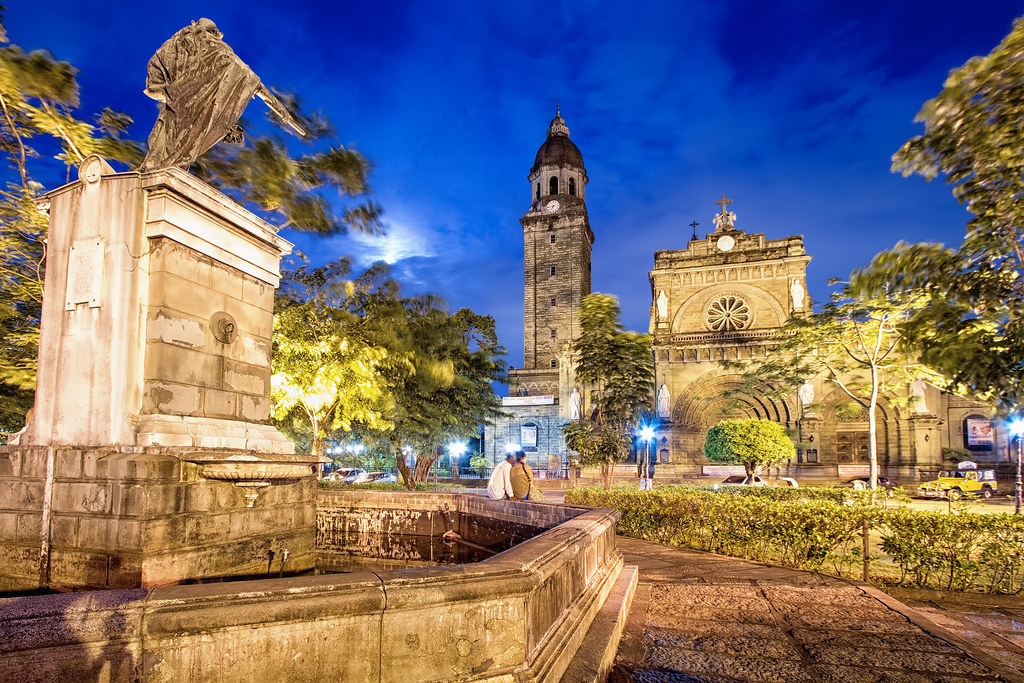 This United Airlines connection from San Francisco to Sydney took a turn for a better this year when the airline announced it was reinvigorating its departure fleet from SFO with a dose of newly-refurbished Boeings. The more spacious 777-200ERs now offer passengers satellite WiFi and inbuilt power outlets, not to mention the extra aisle room that comes with three-seat orientation. From beginning to end the trip takes just shy of 15 hours, and drops passengers at Sydney Airport, just eight kilometers out from the city's iconic harborside center. 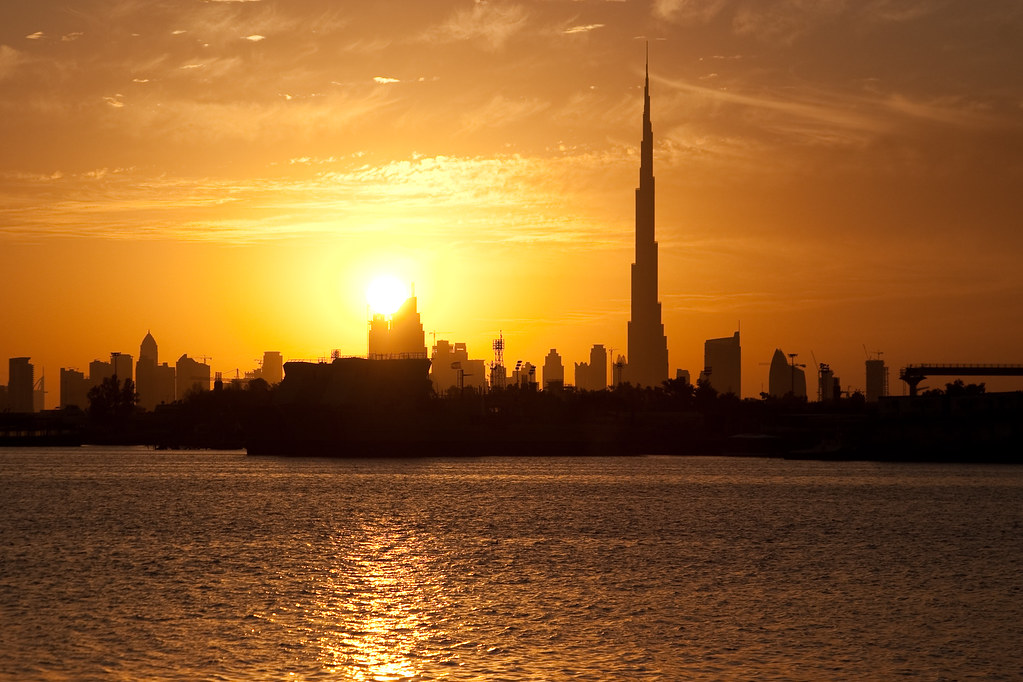 This all-new nonstop route from San Francisco to Dubai adds yet another Emirates gateway to the Middle Eastern super city to the airline's already impressive array of departure points in JFK, LAX and the George Bush Intercontinental in Houston. Passengers flying on the route enjoy all the comforts of a Boeing 777-200LR, including no fewer than 42 fully-reclining first class seats, increased legroom for all 216 economy class passengers and, of course, the trademark Emirates ICE entertainment screens.

Whether you're looking for the longest flight or the shortest route, Hopper's new mobile app (now available on iOS and Android) can find you the best price. Here's how it works. Once you've downloaded the app, set up fare alerts for your destination. Hopper will watch your flight and notify you when prices are at their lowest point. You'll never pay too much for a flight again!