Following the news of Queen Elizabeth II’s death on Thursday, September 8th, the team at Hopper took a look at travel demand to the UK after the announcement of her passing and saw a major surge in flight searches from around the world.

Search Demand for Flights to London

In the hour of the announcement of the death of Queen Elizabeth II, search demand from around the world for flights to London airports surged by 40% compared to the previous day, and a 41% increase compared to just 3 hours prior. Demand for travel to London began to spike as early as 5pm in London, 1pm EST. 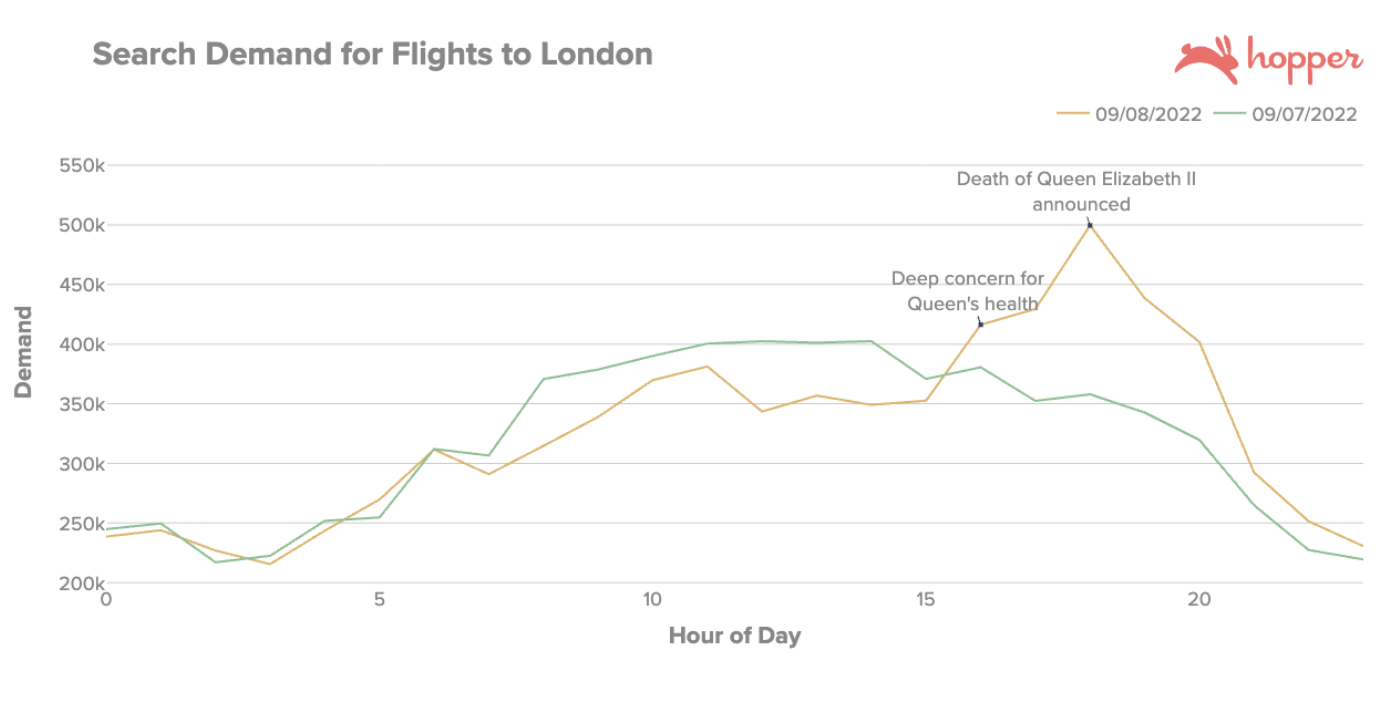 Demand from the US to London spiked by 49% on Thursday at the time of the announcement of the Queen’s death, compared to the same time on Wednesday.

In normal times, the United Kingdom is the most popular international destination from the United States based on search demand for flights from US airports. Current airfare from the US to London is averaging $710 per round trip ticket. Prices for flights to London around the dates of the royal funeral are likely to spike as demand spikes.