Still dreaming of an epic summer getaway but feeling like you missed the boat? Sometimes it pays to procrastinate.

It’s officially August, and as summer winds down many travelers may be wishing they had booked a getaway before back to school and the end of summer. If you’re hoping to plan a last minute getaway, you are in luck! August is the perfect time to book.

Flights prices this August are projected to be the lowest in more than 3 years, and will remain low through the end of summer and into the fall. Airfare to trending summer destinations like Europe and Asia will also see a drop this month, as the lower demand “shoulder season” begins. Great deals are available to many trending destinations with discounts ranging from 30% to 47% off peak summer prices.

As we head into late summer and early fall, Europe will be the most heavily discounted region from peak summer prices, with airfare falling by an average of 34.1%. Asia and South America follow closely behind, with average discounts of 25.8% and 23.9%, respectively.

Want to score the biggest bargains? Munich, London, and Zurich top the charts as the most heavily discounted cities for travel to for late summer getaways, with savings up to 47%.

Before the June 2016 Brexit referendum the Pound (GBP) was trading between $1.50 and $1.70 with the Dollar (USD), but has slumped significantly since then. Recently (August 1, 2019), the Pound traded as low as $1.23, a record low only previously seen immediately post-Brexit and during Britain’s recession in the 1980’s. With new Prime Minister Boris Johnson indicating the UK will leave the European Union in October with or without a deal, the value of the Pound is likely to remain low, and could slump further. 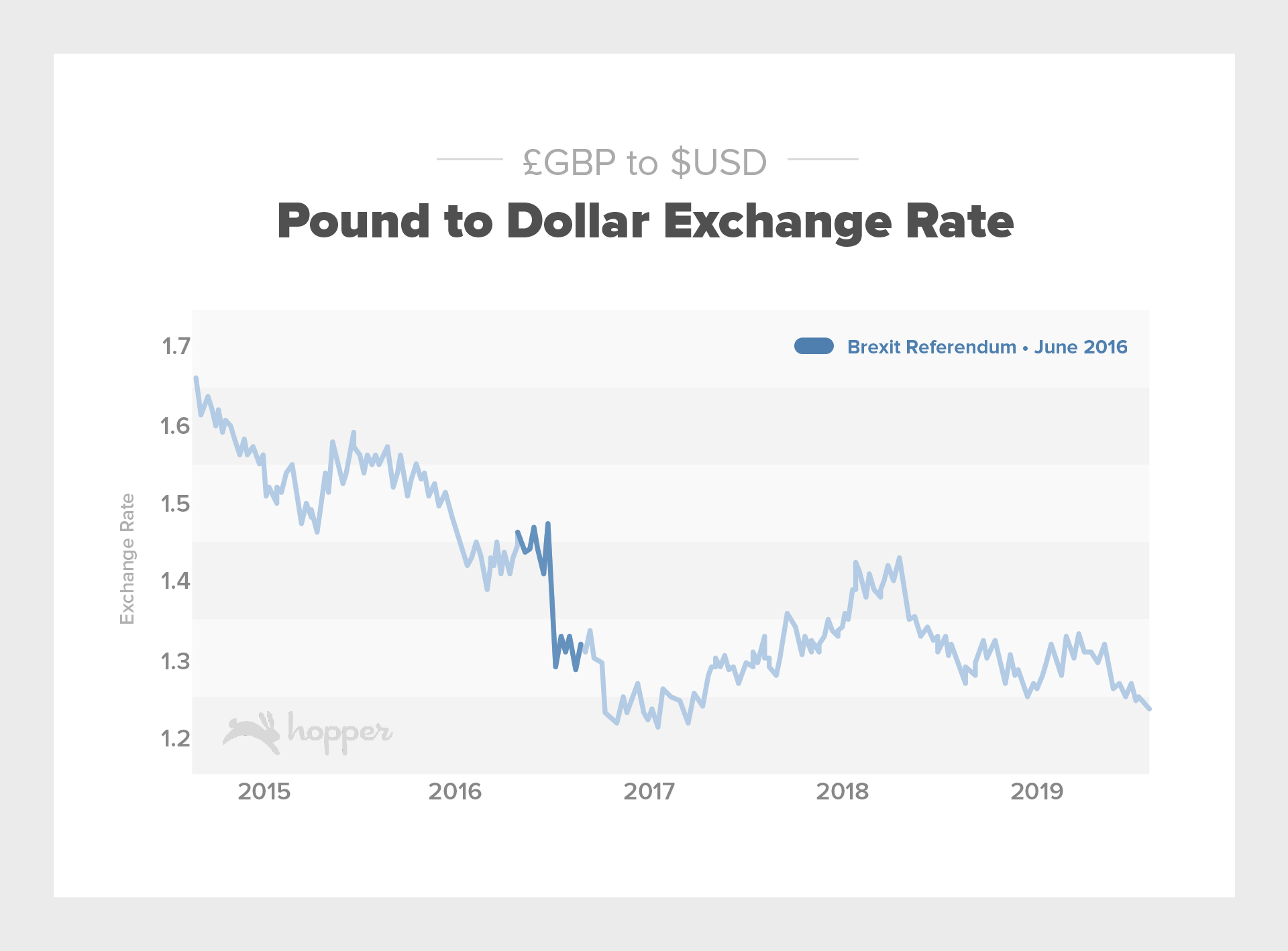 What does this mean for tourists from the US? If you’re planning a trip to Britain, your dollar will stretch further than ever. And, with airfare into London hitting all time lows, it’s the best time for wallet savvy travelers to book their trip to the UK.

Round trip ticket prices from the US to London have been falling since 2017, and are likely to remain low through the end of the year. 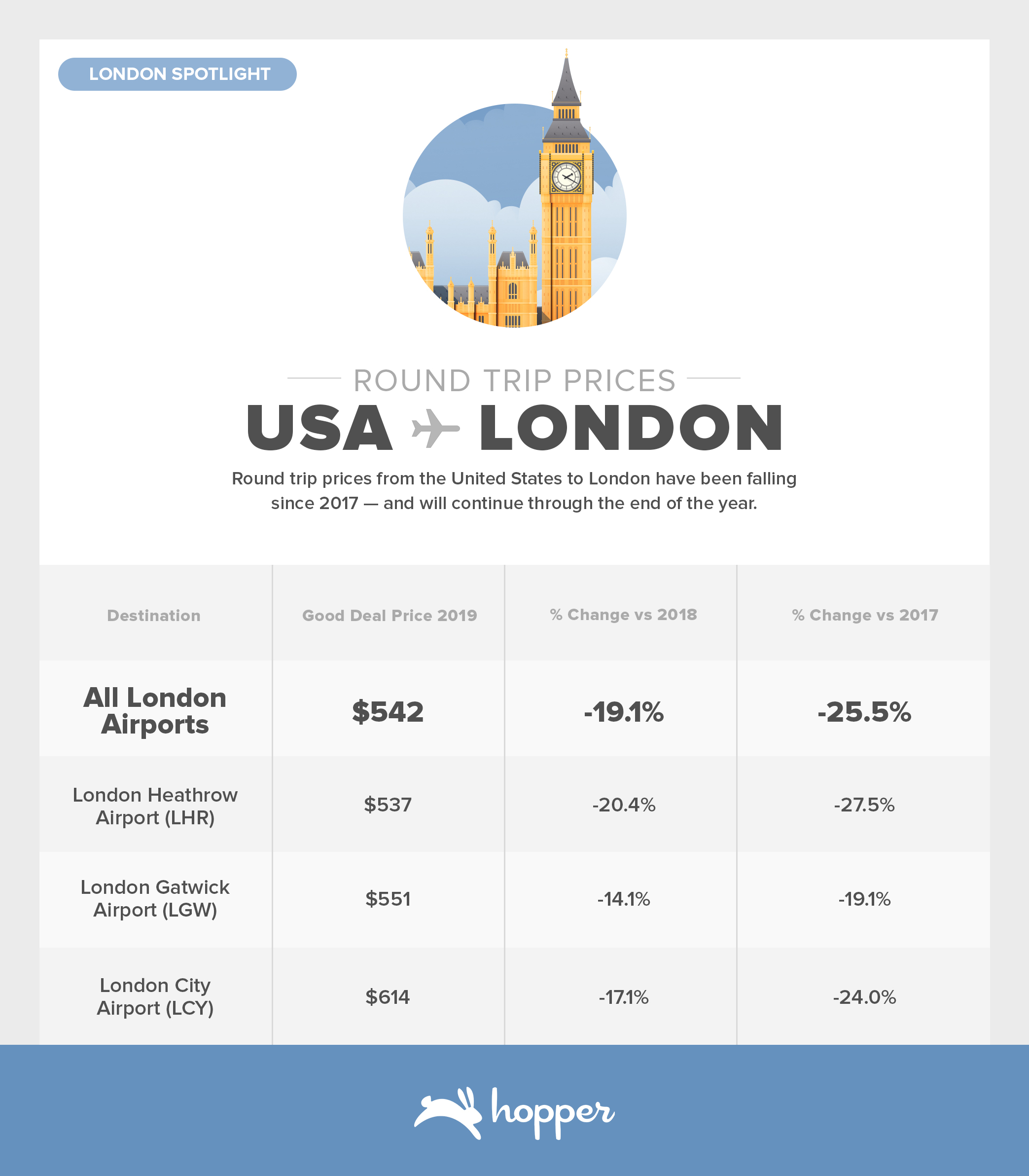 The data utilized for this study comes from Hopper's real-time "shadow traffic" containing the results of consumer airfare searches. Hopper collects, from several Global Distribution System partners, over thirty billion airfare price quotes every day from searches happening all across the web.